Iter Baghdad (Baghdad Perfume in Arabic) is an Iraqi woman in her 30’s. She lives a quiet life with her beloved husband, Rauf, and their little son Ahmed.
The family enjoys a peaceful and happy life until the deteriorating situation in their city becomes unbearable. They struggle with constant power outages, a shortage of drinkable water, dark and dangerous streets littered with military units, neighbourhood militia and the threat of car bombs, as well as the constant presence of the U.S. Army with its imposing armoured vehicles.
In despair, Iter makes what she feels is the only choice that will save her child: leaving Iraq.

ROUA ALAZZAWI is an Iraqi Writer/ Director with a vast experience in TV Drama, having being involved, as a scriptwriter for Arab Telemedia Group (ATG), in the writing of the very first sci-fi drama television series in the world, among many other projects. After three very successful short films, Baghdad Perfume is her feature film debut.

For me this is not just a film but it’s a story of generations who lived in Iraq during those two years, I believe it will touch so many people who face what my characters face.
The protagonist is a woman, and I choose Iter Baghdad as her name which in English means “Baghdad Perfume”. This name will be a symbol of the lost life "perfume" In Baghdad , raising a question if it will ever come back.
As most people picture Baghdad with tanks, armed people, and ugly places, in this film I will show the real side of Baghdad before the war and occupation which will take place at the beginning as a montage sequence where we will see our characters for the first time and we see their relationships. 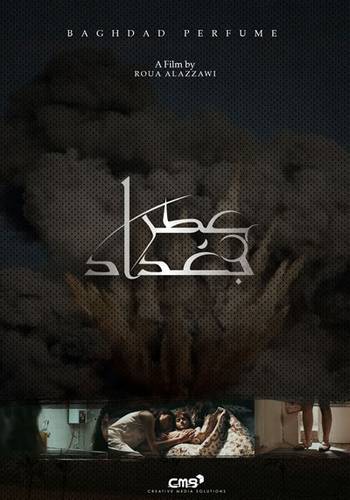