Danny and his boyfriend Tate long to have a baby. When Danny’s mother (Ma) finds out about his plans, she is horrified by the idea of hiring a surrogate to carry her first awaited grandchild. Ma tries to stop Danny. However when she understands that he is determined, she starts to control every aspect of the process. The foursome (Danny, Tate, Ma and the surrogate) must travel thousands of miles to Bangkok for the embryo transfer. The emotionally exhausting journey inevitably pulls Danny and Ma apart, as she still has unresolved issues about Danny being gay and the non-traditional family that they are starting.

Barney Cheng landed on the Hollywood map as an actor in 2002 with his acclaimed performance in Woody Allen's HOLLYWOOD ENDING. The New York Times described Cheng's comedic timing as "surgically precise." Cheng accompanied Woody Allen to promote the film and to open the 55th Cannes Film Festival. Cheng works as a writer and filmmaker.

“BABY STEPS is a highly personal project, and it’s a culmination of my extensive research on surrogacy laws in various countries, the business and technology of outsourcing surrogacy and options available to prospective parents. It shows how complicated it could be for a person who desires to be a parent—the personal, interpersonal, generational, legal, cultural, ethical and global obstacles that he/she faces.”

Ah-Leh Gua is a long-time collaborator with Ang Lee and is considered one of the most respected and accomplished actresses from Taiwan. For her performance in THE WEDDING BANQUET, she won Taiwan’s Golden Horse Award for “Best Supporting Actress” as well as receiving a nomination for the Independent Spirit Awards. Her performance in Ang Lee’s EAT DRINK MAN WOMAN once again won her a Golden Horse Award.

Michael Adam Hamilton had his first role in a commercial with Keira Knightley and then booked his first TV pilot GIGANTIC. Since then, Hamilton starred in numerous films and guest-starred on several TV shows, including HOW TO GET AWAY WITH MURDER, STATE OF AFFAIRS, CSI, DESPERATE HOUSEWIVES, 90210 and WITHOUT A TRACE. 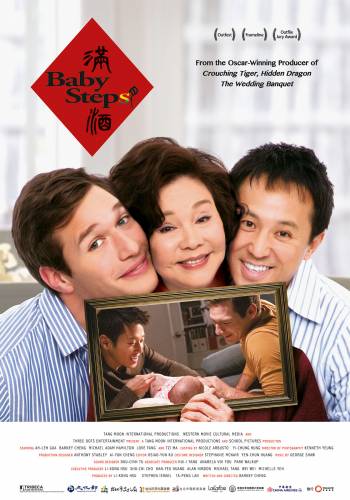